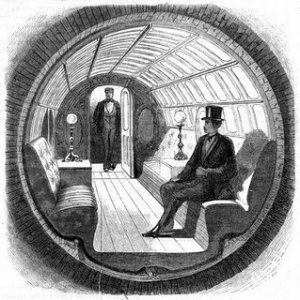 On the functioning of transportation systems in and around the city of Minneapolis, primarily those which facilitate pedestrians and cyclists, but also those pertaining to mass transit, with an occasional mention of networks for the personal automobile (though usually treated with distaste), and of systems that affect the functioning of transportation systems, including, but not limited to, land use, politics, society and social systems, ice-cream shops, rock festivals, stormwater tunnels, raccoons, and 19th-century novels, and occasionally diverting into other matters that seem to have little or nothing to do with anything.

The author of this blog is a notable nobody working a desk at a city agency.  He has no engineering credentials, just a BA in Urban Studies from the University of Minnesota (the author was too lazy for a BS).  As inflated in the first post, the purpose of this blog is to vent about various transportation frustrations that arise in the course of living in a typical North American city, that is, a city that has always emphasized automobile-based transportation at the expense of other modes such as transit, biking and walking.  It should be noted that the author looks with suspicion upon transportation schemes promoted as “balanced,” reasoning that our existing transportation system is so unbalanced that it can only become balanced by prioritizing transit, biking and walking at the expense of automobiles for many years in the future.

This blog is for me, but I hope you enjoy it.  It is not intended to build a resume or even really to build a following, and therefore I’m not going to give you any more personal details.  Neither do I make any particular effort to hide my identity.  If it matters to you, just ask and I’ll tell you.